Owing largely to the construction of multifamily dwellings, New Jersey home building has continued to increase as the year draws to a close. With 2015 right around the corner, it looks as though 2014 will prove to have been the strongest year for New Jersey home builders since 2006. Here at D.E.N.J. Inc., we’re proud to be a part of this growth.

A Good Year to Build

Throughout November and December, New Jersey home builders like D.E.N.J. have obtained permits for tens of thousands of new housing units, putting new home permit acquisition at nearly 15 percent above the same period in 2013. It seems that New Jersey is continuing its climb out of the deep housing crash of the mid-2000’s that brought home construction to near scratching halt with new home numbers as low as 13,000 units a year. 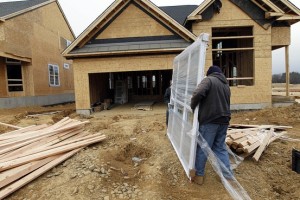 Nearly 60% of all new homes built this year have been multifamily dwellings, primarily rentals. This represents a striking shift from previous development patterns that favored suburban growth. The multifamily home sector has been so vibrant this year that experts have begun to question whether it might lead to a market oversupply of new rentals.

Seemingly in response to this concern, multifamily dwelling permits saw a gradual decline in the last few months of 2014, especially when compared to the summer months. It is possible that New Jersey home builders are worried about flooding the housing market.

A Boom for Rentals

The majority of these multifamily homes are destined to be rental properties. In most of New Jersey, demand for such dwellings is very high. Many households live on flat incomes and carry significant debt, making home ownership impossible in their current financial situations.

The construction boom of 2014 was led by Bergen and Hudson counties who between them account for nearly 28 percent of new home projects, this according to figures from the state Department of Labor and Workforce Development. Jersey City took the cake for the most permits in the state through October, followed closely by Secaucus and New Brunswick. 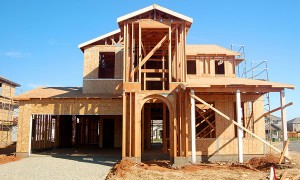 That’s not to say that all of the home construction work in New Jersey during 2014 has been focused on multifamily homes. Many New Jersey home builders who specialize in single family custom home construction, like D.E.N.J., have also reported banner years for 2014, and are looking forward to further growth in the new year.

If you’re in the market for a custom home in New Jersey, call the experts at D.E.N.J., Inc. With 25 years of experience and over 250 custom home to their credit, D.E.N.J. is the New Jersey home builder of choice!