Giving the Jersey Shore a New Face with New Construction 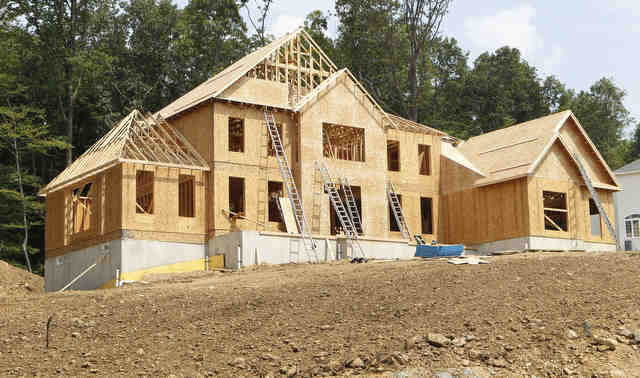 New construction is big business in America. According to the U.S. Census Bureau, more than half a million new homes were built in the U.S. during 2013. With a market share around 10 percent, the U.S. is the second largest construction market in the world. These numbers speak to the expansionist ideals of American citizens. We are builders, expanders, improvers. Good enough is never good enough; we want better. We want best.

The state of New Jersey exemplifies this mentality. New York and New Jersey, combined, make up the largest housing market in the country, with a new home completed every 30 minutes. Even in the midst of the devastating effects of super-storm Sandy, new construction in New Jersey has seen a steady increase.

In fact, there are those who see the storm-tossed shore as an opportunity, a blank-slate of sorts. Against a backdrop of ruin and rebuilding, a veritable sea of new residential construction has sprung up along the once ravaged Jersey shore. It is charge lead by those who look at the damage wrought by Sandy and see possibility. These people recognize the New Jersey shore as a fertile ground for new construction; new homes and businesses. The nearly 370,000 homes destroyed by Hurricane Sandy represent, for those with eyes on new construction, an opportunity to grow, build, and realize their dreams. The pastel painted, single story beach bungalows that were once the staple of shore towns like Ortley Beach, Long Beach Island and Ocean City are slowly being replace with spacious and luxurious dream homes and up-scale apartments; even amid the intensive reconstruction efforts.

This ‘new’ housing market has given birth to thousands of beautiful, modern, and affordable new construction projects across New Jersey. These new homes run the gamut from multi-million dollar luxury residence to modest summer homes and everything in-between, And the new construction market is only expected to grow over the coming years. Projections for 2015 put overall new housing spending at an expected $452 billion; of which New Jersey and the North Eastern corridor is likely to see the lions share. One of the most affluent states in the union, New Jersey has always been a magnet for committed professionals, and this current bout of new construction will doubt draw even more.

D.E.N.J.  is proud to be an integral part of this housing trend. As a New Jersey home builder with over 25 years experience and 350 custom built homes to their credit, D.E.N.J. has the professional experience and industry leading service to help you realize you new construction project. And for those who are looking to rebuild their storm damaged homes, D.E.N.J.  partners with Hazard Mitigation Grant Program (HMGP) and Reconstruction, Rehabilitation, Elevation, and Mitigation (RREM) to make sure that your new construction project receives all the emergency relief funding it deserves.